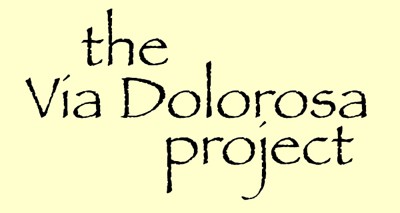 A multi-media representation of the Via Dolorosa (the Christian Stations of the Cross) interpreted by artists of different faiths.

The idea of ‘giving away’ a piece of Christian devotion was something that took a lot of discussion and soul searching. Here was something very specifically Christian; normally, there are small plaques around a church to commemorate each station, with prayers said at each one. We asked ourselves some questions. What if we replace these plaques with video monitors, and at each one show a multimedia presentation representing that station? What if we invite artists of other faiths to work on the content of each? In short, what if we give it away? The Via Dolorosa project is the answer to theses questions. Planning began in Summer 2003, with a pilot project of two stations completed in January 2004. In October 2004 we were awarded Arts Council England funding to complete the project, which was shown for the first time in Spring 2005 at its home church of St Mary’s in Slough.

I think we should try and agree to understand not agree to disagree because there is no agreement then. Agreeing to disagree is still a conflicting statement which lacks respect for one another or most important of all, understanding.

We invited artists from different faiths to interpret a Station; some were paintings, some installations, some photographic, others multimedia. The whole fifteen stations were joined as a multimedia presentation, and they are available as DVD. (for details of the artists involved, the texts they worked on, and their artistic approach, take a look at the downloadable booklet.

The Via Dolorosa in Jerusalem – a site of pilgrimage for Christians to walk in the steps of Jesus and reflect on his passion and death. 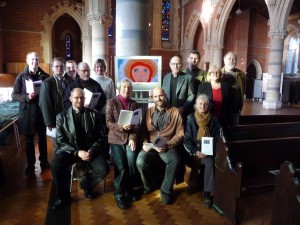 The Via Dolorosa as a starting point for a group discussion 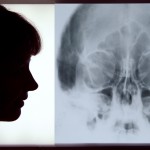 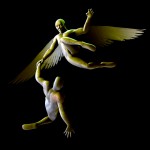 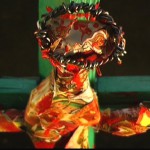 images from stations by Christian, Baha’i and Hindu artists. Jewish, Sikh, Muslim and Buddhist artists also created stations as part of the Via Dolorosa project

Resources for Via Dolorosa

Short Guide to Via Dolorosa

Short Guide to Via Dolorosa