Do to others as you would have them do to you.Luke 6:31

An exhibition of linocut prints by Jewish, Muslim and Christian young people from Beersheba.

The linocut prints that make up the exhibition The Other Way were created during the 1960s and early 1970s by young people attending Israelʼs first comprehensive school in Beersheba. The school was unique at that time, in that it was open to children from every culture, and so the prints represent co-operation between Jewish, Muslim and Christian young people, mostly aged 14 or 15 when they took part in this project.

Head of this groundbreaking school was Dr. Puah Menczel. She recognized a desire among the young people in her school to live peacefully with each other, to show tolerance and to develop a mutual appreciation of each othersʼ cultures. Dr. Menczel actively fostered this attitude in the school; the linocuts project has become a symbol of her extraordinary vision.

We believed in ideals rather than ideologies; that’s why we tried to reach out to all the children of the Negev – Bedouins and Arabs as well as Jews – and not only to give them a decent education but also to teach them how to live together.

During the 1970s and early 1980s, Dr. Menczel took the prints on tour to a number of towns and cities in Germany. They became quite famous throughout Germany and Israel. One of the people who encouraged this process was Prof. Gotthilf Ehninger from Pforzheim, who was at the time Head of Art at the Academy of Calw, in the Black Forest. After the death of Dr Menczel, the prints were left in the care of Prof. Ehninger. Aware of just how important they were, he kept them safely, taking personal responsibility for them after his retirement. Prof. Ehninger handed over the prints to the Ecumenical Centre of the Cross of Nails in Würzburg. (The centre gets its name from its work in reconciliation alongside the Cross of Nails project in Coventry) The centre has provided the exhibition with a permanent home in the Lutheran Deanery Church of Saint Stephan.

Only love, not hatred, can heal this world.

The exhibitionʼs message is as vital and important as when Dr Menczel first conceived it. Johanna Falk, curator of the exhibition at Saint Stephenʼs, was delighted when it was suggested that it might go on tour again, to be introduced to a new generation. She was happy to work with us to enable this to happen, and in 2004 we brought the exhibition to the UK. It was shown at St Mary’s Church in Slough, at the Drawing Schools at Eton College and at the Riverhouse Studio in Walton-on-Thames. We would love to bring the exhibition back to the UK before too long. 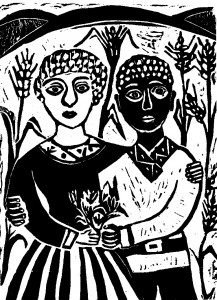 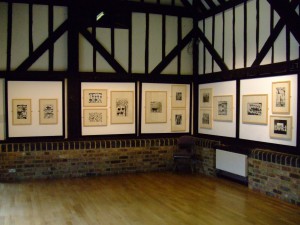 The Other Way exhibition at Riverhouse Studio in Walton-on-Thames 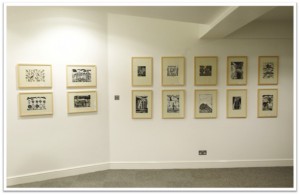 The Other Way exhibition at Eton College Drawing Schools

Could you help sponsor another visit to the UK for the The Other Way? Please contact David Sparrow 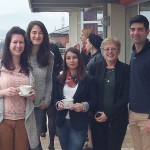 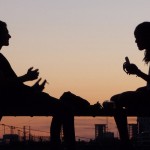